In 1971, at the same time the university's athletic teams were being renamed as the UT Martin Pacers, the newspaper also became The Pacer. Today it is published twice a month and distributed around campus. 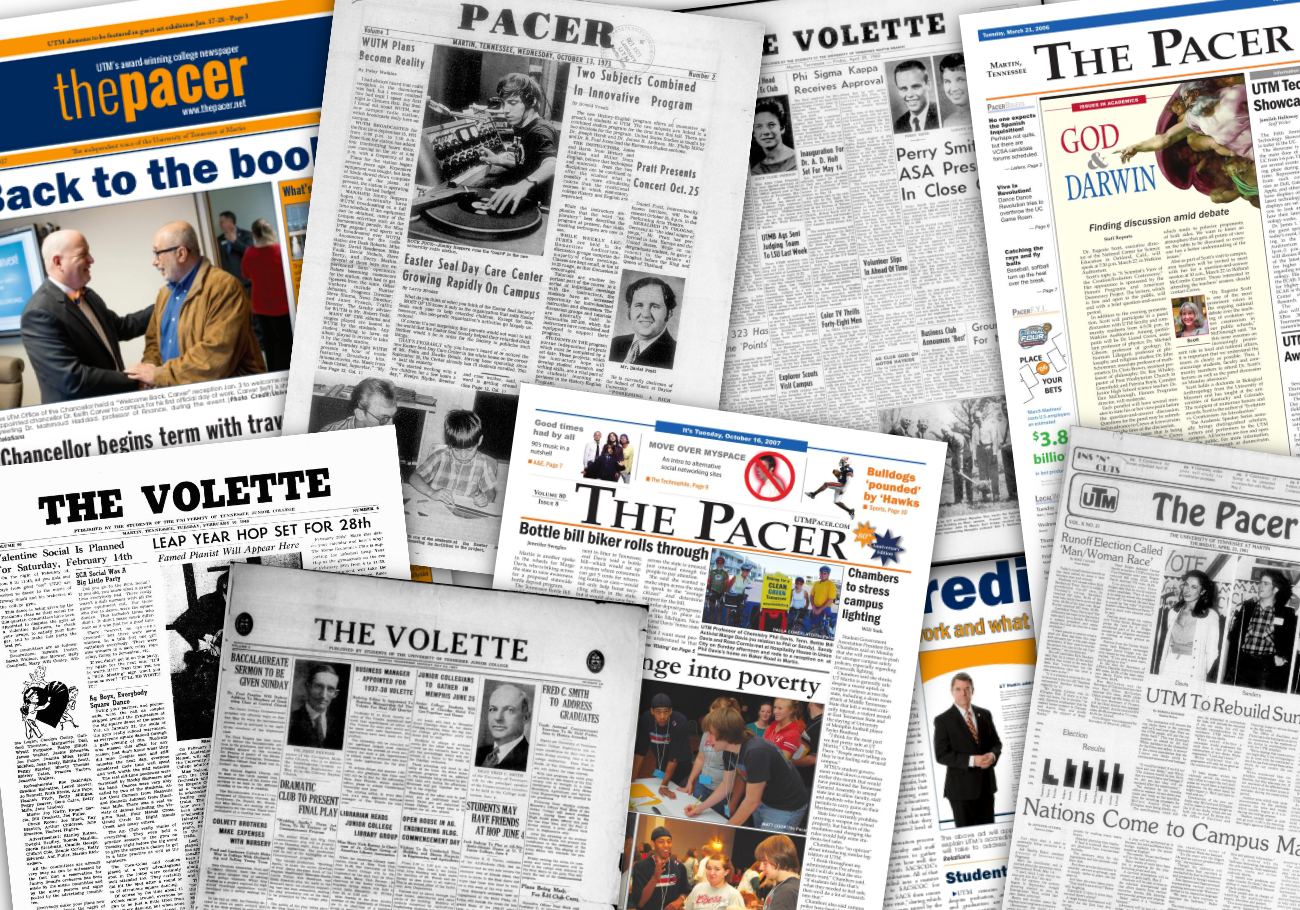 The majority of this collection is from issues that were photographed and printed to microfilm in the 1980s and 2000s. This archival process preserves the content of the newspapers for far longer than the printed version can survive even under the best of conditions. Later years are a combination of digitally preserved copies and the original production PDFs that were sent to the printing press.

Many issues are overexposed on the original microfilm, likely a product of operator error. The scanning process in the fall of 2018 was unable to significantly correct for the error, resulting in some pages (particularly the first few pages of several issues) being illegible. The original microfilm holdings at the Tennessee State Library & Archives and the Paul Meek Library may provide a better scan when viewed with the appropriate software.

You can help us finish the collection by supporting our efforts.